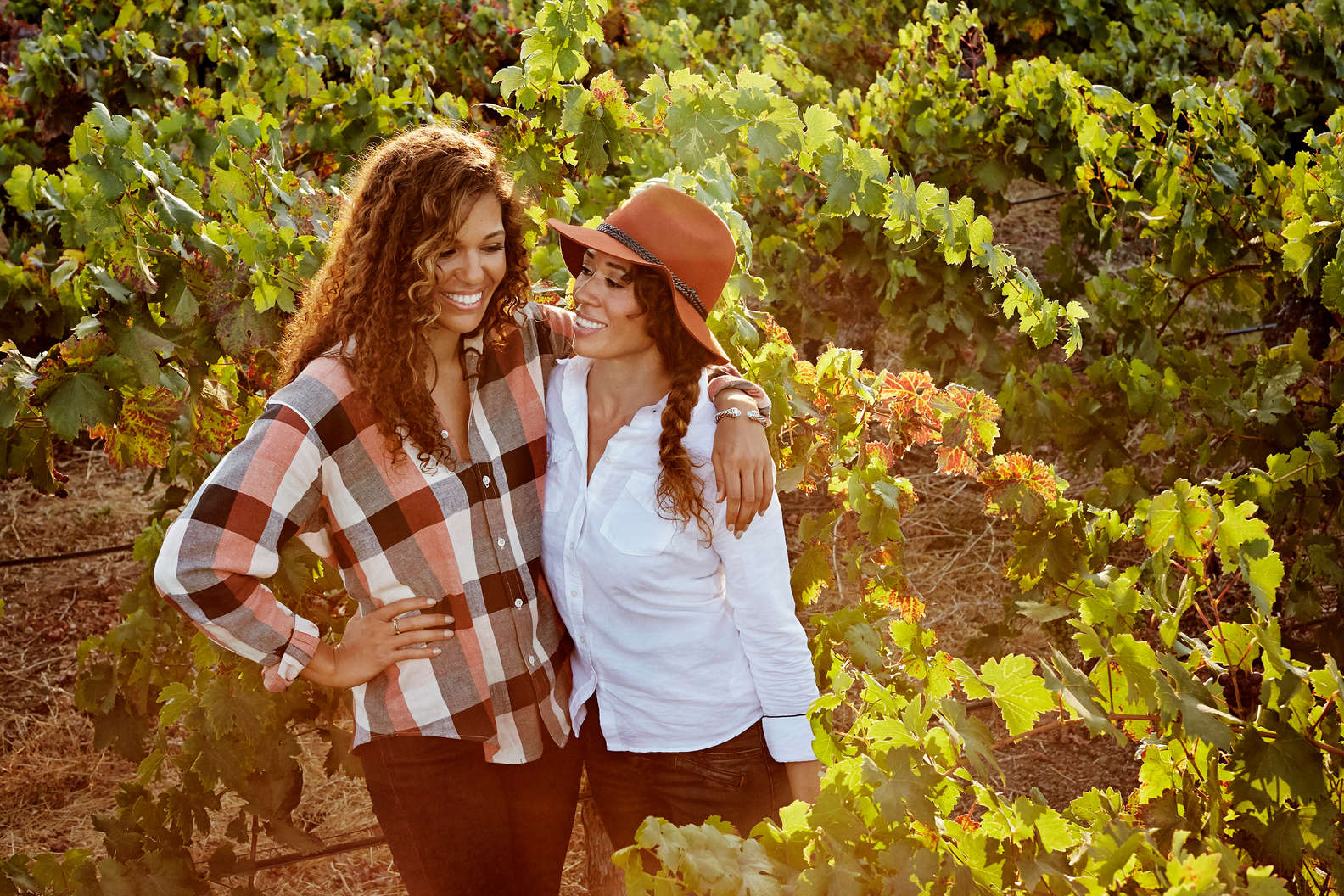 "AS A BUDDING OENOPHILE, I’M ALWAYS ON THE HUNT FOR NEW and exciting wines to try and add to my growing, albeit small, collection. Although they say you shouldn’t judge a book by its cover, one of the first things that catches my eye when I’m perusing wine bottle selections is the label. This was definitely the case when I did a double take at one of the bottles belonging to the McBride Sisters Collection.

In big, bold letters across the bottle read, “BLACK GIRL MAGIC ROSÉ,” and I knew I had to have it. After further research, I learned there were even more options from the McBride Sisters Collection line and I mentally made room for them on my wine shelf.

A local Black-owned wine shop in Brooklyn called Happy Cork is to thank for my discovery of the McBride Sisters wine collections. It’s virtually impossible to scroll down the shop’s Instagram page without seeing a post about the McBride Sisters’ Black Girl Magic wine.

Sunshine Foss, owner of Happy Cork, says the McBride Sisters collection is huge at the shop now, but Foss says initially she had to search “high and low” for their products.

For Black-owned wine brands, systemic racism makes it difficult for them to have access and equal representation in the industry. Phil Long, president of the Association of African-American Vintners and owner of Longevity Wines, estimates that Black winemakers and brand owners make up less than 1% of all wineries in the US.

And the pandemic hasn’t helped with the number of Black businesses in general that have had to shut their doors permanently.

A report published in June by the National Bureau of Economic Research showed that Black-owned businesses were hit the hardest by COVID-19 with April US estimates including a decrease of 1.1 million Black business owners in February 2020 to 640,000 in April 2020.

Once the pandemic hit, Happy Cork was one of the stores deemed essential, so the shop never shut down over the course of the last few months, including during the peak of the fight against racial injustice after the murder of George Floyd.

“There was a huge push for anything Black-owned,” Foss says. “With the traction of all these Black-owned wine brands, McBride Sisters was obviously at the top of that list and we’ve not been able to even keep it in stock.”

Robin McBride, co-founder of the McBride Sisters Collection along with her sister Andréa McBride-John, notes one of the main challenges in starting their business was their initial lack of knowledge of how the industry functioned and the obstacles that accompanied it.

“Obviously, we were women who were not wine professionals, and on top of that, we're Black. So, it became obvious very quickly what the biases were in the industry, which was definitely a challenge,” McBride says. “We had to figure out how to jump over a lot of the gatekeepers and a lot of what the establishment in the industry is and speak directly to the consumer.”

The two sisters started their business nearly 15 years ago, but McBride says during that time, the wine industry was not catered toward women or people of color.

“Over time, we focused our efforts on what we inherently knew to be overlooked consumers and wine-drinkers,” says McBride. “We’d say, ‘Look, we've had success in these places because you guys aren't making products available for these people and you're not talking to them in the right way. We know how to do that. We really need to be distributed here, in this state, in this market, in this way. We need to have visibility.’”

Like Happy Cork in Brooklyn, Alyson Rae Lawson’s 7-Eleven franchise in Arlington, Texas also carries the McBride Sisters Collection -- when it can actually stay on the shelves (in the past, she’s sold over 900 bottles from the Black Girl Magic Collection in two days!). 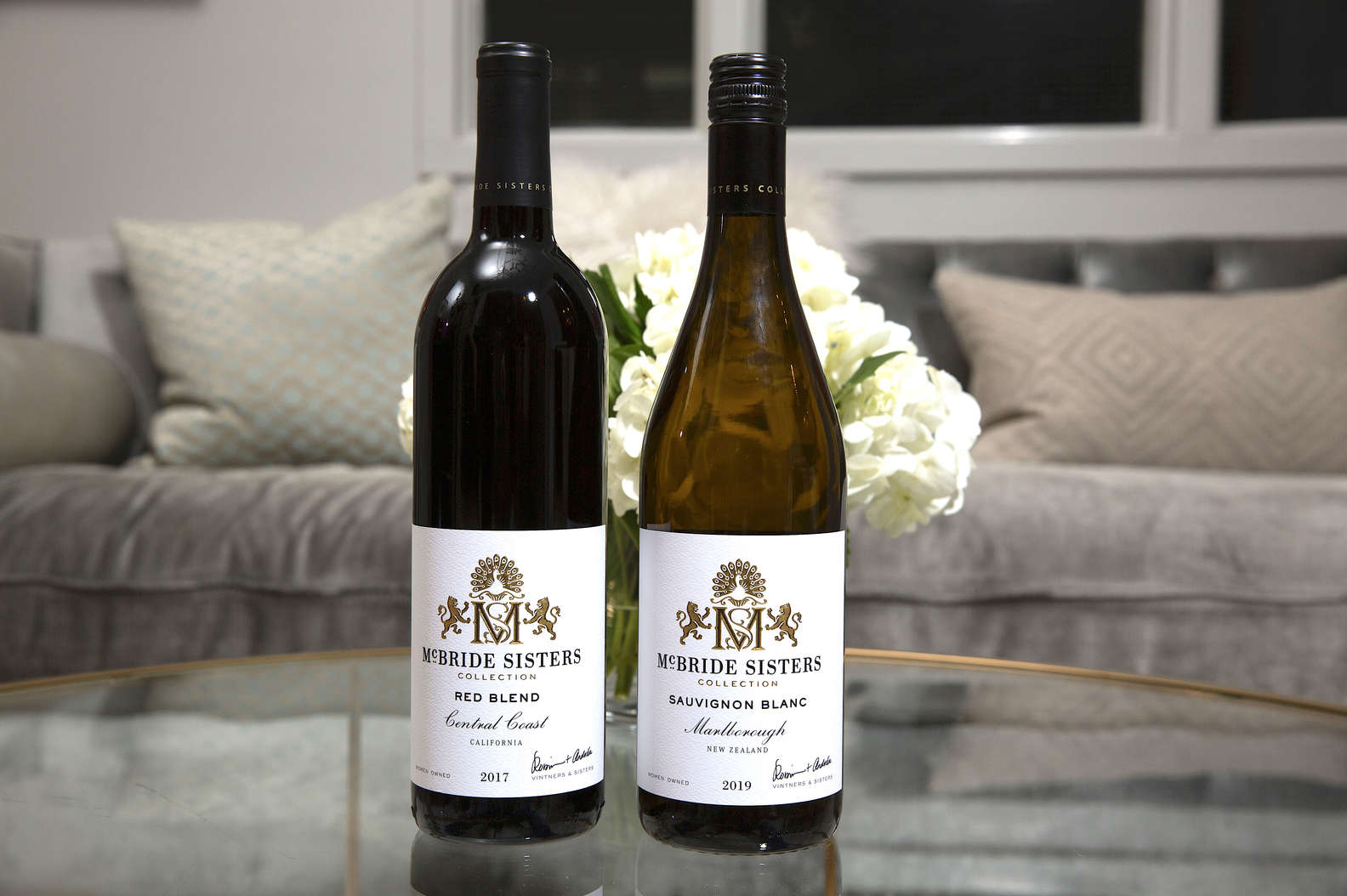 Robin McBride says she stays in contact with Alyson often to make sure her store stays stocked, which has further helped her and her sister’s goal of their products remaining accessible. And what better place to put a product that people can actually get their hands on than a convenience store?

“I actually got in touch with the McBride sisters early on, almost immediately after opening our doors, however they had no distribution in New York,” Foss says of the California-based company. “It took months and so much pestering from my end to finally get them in-house but to have a bottle that actually says ‘Black Girl Magic,’ there’s something golden there.”

But the McBrides sisters’ story of how they met in 1999 after spending their entire lives thinking they were only children is what really drew me in to their magic. After Robin’s mother and their father divorced, Robin and her mother moved to Monterey, California and lost contact with him, and he later remarried to Andréa’s mother in Los Angeles.

“[My mother] didn't have any more children either, and she didn't remarry, so I grew up with just me and my mom,” McBride says. “Not knowing our father, we had no way to know of course that he had remarried back in Los Angeles, that my sister was born nine years later and her mom was originally from New Zealand.”

Andrea’s mother and their father eventually divorced as well, and Andrea’s mother became terminally ill and took Andrea with her back to New Zealand to be closer to her family. After she died, their father fell ill several years later and relied on family members to connect the two sisters after he passed. And that connection came to fruition three years later and the origins of the wine collection that exists today began to form.

McBride says the idea behind their business was based on where they grew up, and the grape-growing and wine-making culture that exists in Monterey and New Zealand. Today, both sisters are located in the San Francisco Bay Area, where the McBride Sisters Collection is headquartered. 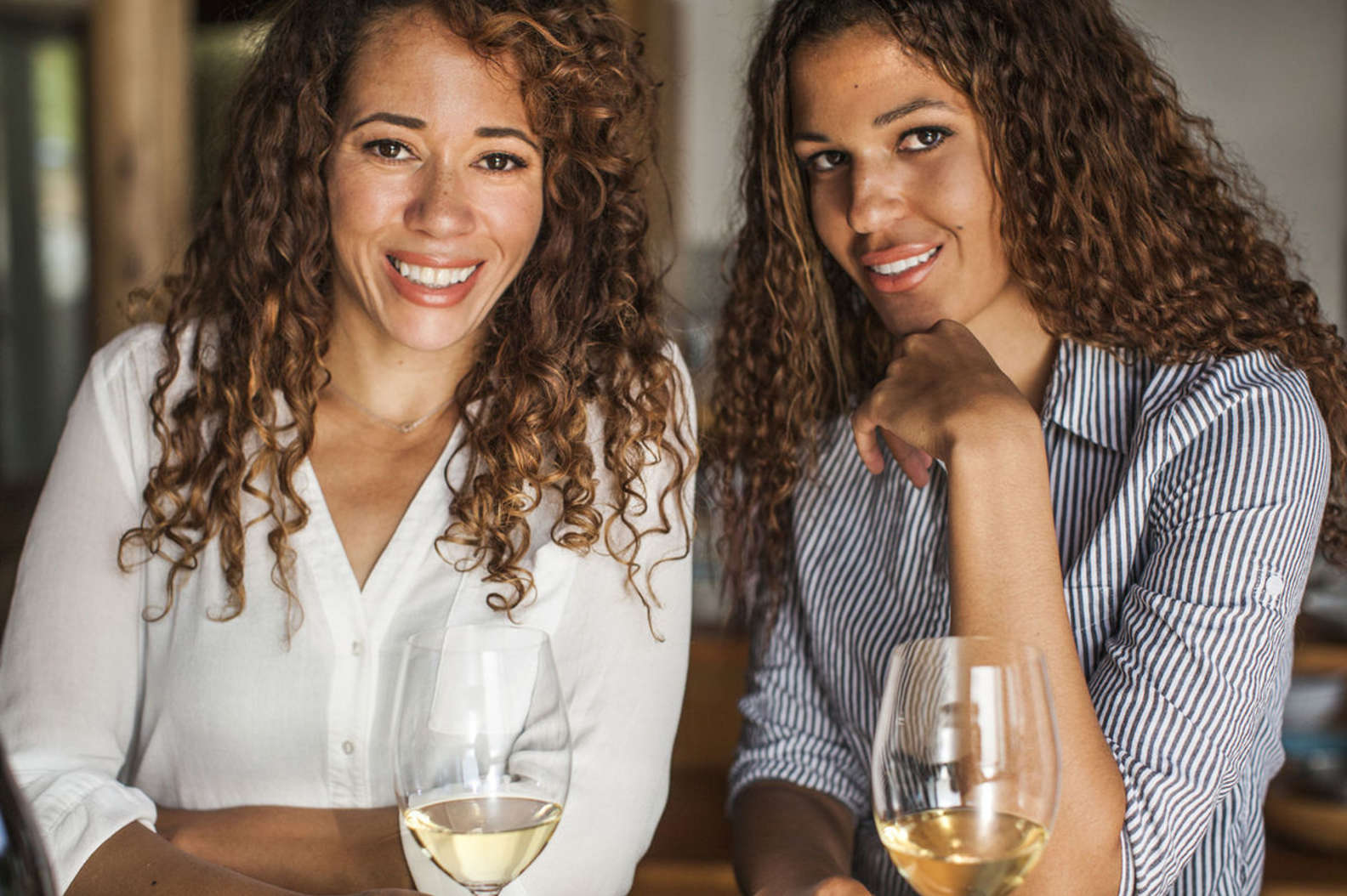 Robin and Andrea then visited wine regions outside of California and New Zealand, and expanded to the Old World -- which includes France, Spain, and Italy -- to understand the history and heritage behind what is notably regarded as the place where the best wine comes from.

McBride described their approach to wine as “Old World elegance with New World finesse,” referencing not only the Old World wine-making practices, but also acknowledging the grape expressions of the New World.

The original McBride Sisters Collection pays homage to both New Zealand and California where each of the sisters grew up. It includes a red blend and Chardonnay from California and Sauvignon Blanc and sparkling brut rosé from the central coast of California.

The McBride sisters are using their influence and resources to uplift others not only through the stores their wines are available in, but also in the creativity of the products themselves. The SHE CAN Canned Wine includes canned versions of their bottled rosé and Sauvignon Blanc, and their new canned wine spritzers that come in coastal berry and island citrus flavors.

“Our focus is on women's empowerment. We launched the first two products, rosé from California and Sauvignon Blanc from New Zealand, and we dedicated each of those to our mothers,” McBride says. “If you look in the design on the can, which has a line down one side, it has all the fruits, flowers and different aromas that are in the wine. Next to the line, each of our mother's initials are in the design because they're our inspiration and our strength.”

The canned wines were also launched with the SHE CAN Professional Development Fund, which this year, has expanded to focus on the theme, “SHE CAN Thrive,” which will provide COVID relief funds specifically for Black women-owned businesses.

As far as what McBride and her sister want to see change within the wine industry, representation is at the top of the list and challenging distributors and retailers to do better at making room for Black- and women- owned brands is how they’re doing their part.

“We want to see the wine industry really reflect its consumers,” McBride says. “You look at movements like the 15 Percent Pledge and we really view it the same way. The industry has been pretty blind to accept reality. Not too many years ago, it was brand new news within the industry that women bought wine.”

Despite the wine industry being a majorly male-dominated industry, the McBride sisters’ goal is to change the face of wine for the industry, consumers, and for representation of Black women overall.

“We feel we have a voice and we feel that our voice represents the will of our customers, so I'm not going to back down anytime soon,” McBride says. “We're looking for diversity in terms of what the consumer wants despite what the industry has been for a long time.”

We represent not only our brand but also Black-and women-owned brands within the wine industry. We take every decision carefully and seriously. With multiple back and forth discussions, we proudly introduced our wine selections. Visit Wine Club specials and stock up more. Cheers!"