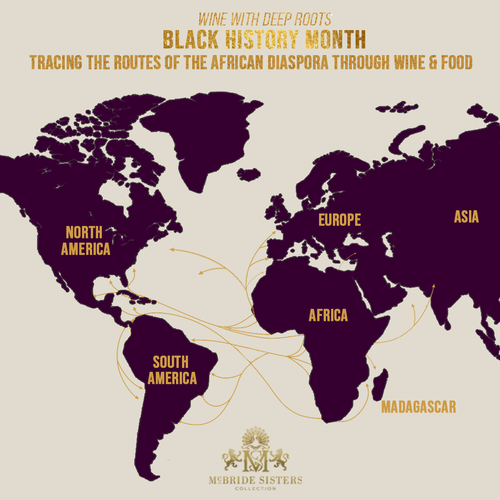 Tracing the Routes of the African Diaspora through Wine & Food

All of our wines are an intimate reflection of who we are, and where we come from. During Black History Month, we are reminded of the journeys, people, and cultures which have made the McBride Sisters Collection possible. Our own family history, which covers multiple states, countries and continents (!), keeps us particularly mindful of the depth and scale of the African Diaspora.

While history focuses on the mass movements of the African Diaspora and its impact on the creation of Transatlantic Slave Trade, we want to showcase the beautiful traditions, cultures and cuisines that are a direct reflection of the men and women who were bought, sold and traded on foreign land. We want to take you on a tour through the Diaspora by tracing our roots (and routes) to highlight the cultures and cuisine that have influenced our lives, while also giving you recipes and wine pairings to bring these cultures into your own kitchen.

A Diaspora is defined as “the migration of a people and its culture away from their homeland” according to San Francisco’s Museum of the African Diaspora. While the literal definition is accurate, in regards to the African Diaspora it is singularly important to note that the African migration was forced for roughly 500 years. From as early as the 1400’s through the late 1860’s, even after the Civil War (see Juneteenth), PBS estimates that at least 12 million Africans, spanning 50 different linguistic and ethnic groups, were taken from their homes and scattered around the world to foreign places throughout Europe and its colonies in the Americas.

Historically, much of the African Diaspora is horrific and traumatic, with the negative impacts intergenerationally being present to this day in Black communities around the world. However, despite the darkness, we represent a diverse population of over 140 million beautiful Black peoples, cultures, cuisines and utter excellence that were crafted and rooted from generation to generation, despite it all. 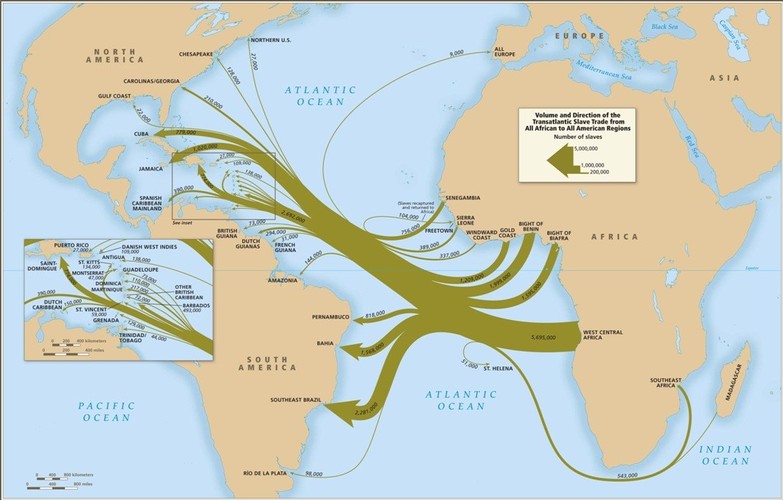 Tracing The Routes -Where Did Our People Migrate From?

The Transatlantic Trade, or Triangle Slave Trade, originated in Europe, but spanned at least three continents. According to PBS, a majority of enslaved Africans were sent to South America and the Caribbean, whereas a minority of that 12 million went to North America, explaining the breadth and vibrancy of today’s Afro-Latin and Afro-Caribbean cultures. The origins of this African/Latin/Indigenous panism can be seen in the range of colorful dialects, tones and cuisines that have come from Transatlantic migration.

Main areas we landed after Crossing the Atlantic:

The Cuisine Rooted In African Heritage

“For Africans and their descendants in the Americas food and its preparation are deeply infused with social and cultural meaning, rooted in African traditions, and have always held an intrinsic role in creating, preserving, and transmitting expressions of ethnic cohesion and continuity.”

As people were being forced from their homes in Africa, they brought traditions, stories and distant memories of their homeland with them. Over many years, the slave trade was bringing a large and constant influx of people to Brazil, Columbia, the Carribean and the United States. These movements brought culinary artists and expert agriculturalists across the Atlantic ocean, leading to a re-energized African culture that was incubated and permeated throughout rural and urban cooking throughout North and South America. The result was deeply rooted culinary excellence in new and evolved cooking styles, recipes, spices and flavors.

According to Diane Spivey from The Black Past, the African Diaspora introduced many new methods of cooking to the American palate, from frying, simmering, roasting and steaming. Prepared cuisine and traditional dishes were becoming more delicious due to the influence of African migrants in the kitchen. Hot peppers and spices were used to season fish, meat, rice, beans and vegetables. Seasoning can be one of the most notable influences of the African culture within American cuisine today. Oils used to prepare African dishes included groundnut, peanut, melon seed, sesame seed, coconut, corn, shea butter and palm, “which remains the favorite in West Africa due to the reddish-orange color it imparts to foods. 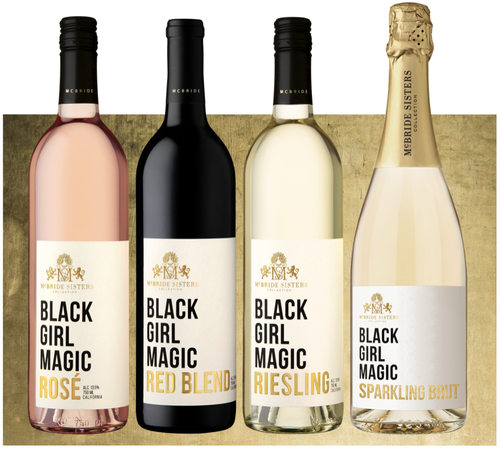 With no aristocratic heritage and tradition to the wine industry, our only boundary to the rules of our wines is within ourselves. Break the rules. Drink the wine. As we define the McBride Sisters Collection, stewarding the best expression of the vineyard and grape from the region is important and will always be a given for our winemaking process. The most important aspect for Robin and I is to focus on how each wine we make will inspire and illuminate our tribe. It’s the mood and experience that drives our creative process behind each bottle of wine.

A wine starts as an idea, a varietal and a vineyard but evolves into a way to express our culture, heritage and purpose by redefining tradition. During the ideation and creation process we always evaluate how a wine will be enjoyed. Will this wine experience be overcomplicated (everyone has that one friend like this, you know exactly what we’re talking ‘bout) and need to be served in a quiet, focused, intellectual environment, supported by contemplative and slow sips?

Or is this wine thirst-quenching, optimistic, happy AF and straight to the point? Ultimately, how does this wine elevate the food and people experience?

Our wines may never be the loudest in the room because we are quietly confident that each wine will elevate your food and mood. But most importantly, these wines will help create an intimacy between the deep roots of our love for wine and the dynamic routes of our families history along African Diaspora.

Every time you open a bottle of our wine, we want to elevate your experience without you even noticing. Over the coming weeks and months, we will share the perfect wine pairings, wine cocktails, recipes, culture, history and music as we take a tour of the African Diaspora.

Over the next few months, we will be highlighting the powerful influences of the different countries who were a part of the African Diaspora through cuisine, wine and more. We’ll showcase the beauty of our culture and the many cultures across the world that are deeply rooted in the African traditions and artforms brought over by the migrations. Along the way, we'll explore the routes, introduce chefs that are keeping their heritage thriving and give you the perfect pairings to enjoy the recipes and wines at home.

Black History Month presents an amazing opportunity to find out more about Black history, culture and cuisine, and it also provides a powerful incentive to look into your own ancestry, however you identify. As we’ve seen; diversity, curiosity, and connection are the makings of a great origin story, so we encourage you to set the table with enough seats (and enough glasses!) for everyone!