Holiday Your Way: Celebrating the Diversity of Food with Chef Pierre Thiam

It’s our favorite time of the year – the holiday season! Celebrating the holidays means something different for everyone; whether it’s reconnecting with family and friends, indulging in comforting food and wine that warms your soul, or exploring a new place and its culinary offerings. Either way, we’re here to celebrate you choosing to holiday your own way. With that being said, we want to further spread the holiday spirit by continuing to share diverse stories of trailblazers in the food and beverage industry – inspiring creators who have done things their own way. Next up in the series is Chef Pierre Thiam, a world-renowned chef, cookbook author, and restaurateur.

Born and raised in Dakar, Senegal, Thiam came to the United States in the 1980s to study chemistry. However, after getting a job at a restaurant in New York as a dishwasher he found his life moving on a completely different trajectory. He worked his way up to chef de cuisine at Boom and Two Rooms, where he introduced diners to African-inspired tasting menus. In 2001 he opened up his own restaurant in Brooklyn called Yolélé, which highlighted his passion for fusing traditional Senegalese flavors with modern cooking techniques.

Since then Thiam has opened several successful restaurants around the world, including Nok by Alara in Lagos, Nigeria and Teranga in New York City, both of which showcase the unique flavors and ingredients of Senegal through innovative and delicious dishes. 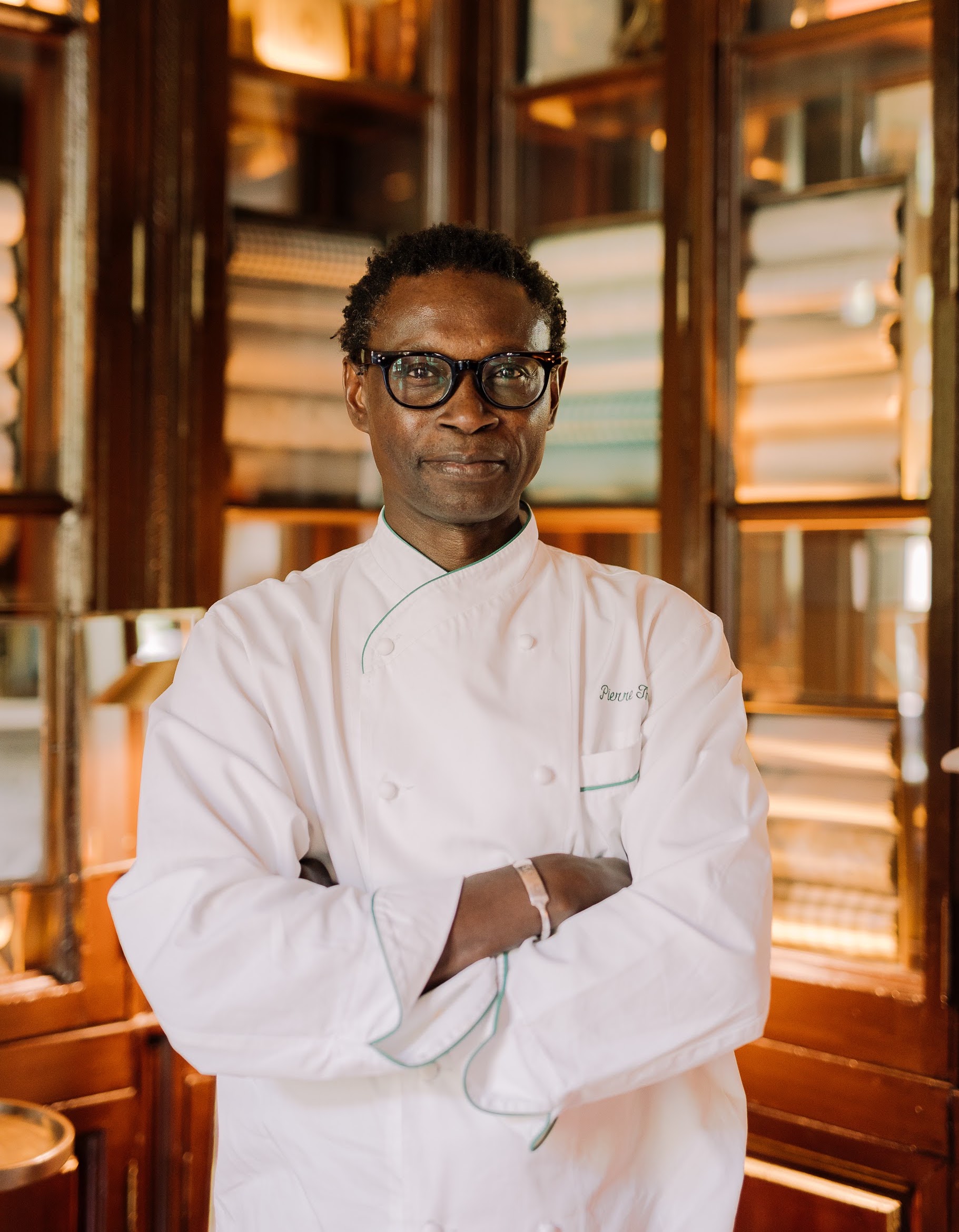 In addition to his successful culinary career, Thiam is also an accomplished author. He has written several cookbooks, including "Yolele! Recipes from the Heart of Senegal" and "Senegal: Modern Senegalese Recipes from the Source to the Bowl." In his books Thiam shares the rich culinary traditions of his home country and provides readers with the tools and knowledge to create authentic Senegalese dishes at home.

Thiam is known for his philanthropic efforts and his commitment to using his platform to make a positive impact in the world. In 2022 he started the non-profit L+P Foundation with his partner Lisa to “promote diverse, healthy, conscious food cultures across communities,” according to his website. He is also an advocate for the importance of supporting farmers and underutilized crops grown in Africa and promoting food sustainability. Through his company Yolélé, Thiam exports fonio – one of the oldest cultivated grains in the African continent – which has helped bring economic opportunities to the region in Senegal where the grain is grown.

As a true innovator and visionary, Thiam is dedicated to celebrating and preserving the rich culinary traditions of Senegal while also bringing them to the forefront of the global dining scene. His passion for farmer-sourced and sustainable ingredients, combined with his cooking expertise and dedication to social justice, make him a respected and admired figure in the world of food and beyond. We had to find out more about what inspires the culinary ambassador and the unique places that wine has taken him to. Read on for more.

Tell us about your background and what inspired you to become a chef?

What inspired me to be a chef is the fact that I grew up in West Africa, a region of the world with a rich and diverse food culture. At first, I didn't plan to become a chef. When I first moved to New York, my goal was to finish my degree in physics and chemistry. A set of circumstances landed me a restaurant job. Gradually, I fell in love with the type of chemistry that the kitchen was offering. As I climbed my way up the kitchen ladder, I saw an opportunity with the fact that New York City – the so-called food capital of the world – didn't have much of an African presence.

It then became my mission to find inspiration in the food that I grew up eating in Senegal and to bring that cuisine to a global table through Teranga (my NY fast-casual restaurants), my cookbooks, and Yolélé (my food distribution company).

Where are your family's roots and how has that influenced your cooking?

I was born and raised in Senegal, the most western coast of Africa. Because of its location, Senegal has been a port of entrance into Africa for many centuries. It's a natural hub with diverse communities, each bringing their food cultures, from neighboring West African countries to French, Lebanese, and even Vietnamese.

What keeps you the most inspired in culinary?

The quest to find myself through food.

Where has wine taken you? Tell us about the most interesting wine & food experience – who, what, where, when?

Interestingly, wine has always been present at the dinner table even while growing up in Dakar. Although Senegal is a mostly Muslim country, part of my family was Christian and it was expected to see wine at family meals. However, it's not until I moved to NY many years later that I developed an appreciation for wine. As a young chef working at Boom in Soho, my mentor and good friend chef Geoffrey Murray had designed an extensive wine list with a strong Italian influence – such as Barolo or Chianti – but also French Bordeaux, Burgundy, and even South African Pinotage and Chenin Blanc. During the mid-90s, Chef Murray and I were invited to Verona (Italy), to prepare a dinner for Vinitalia, Italy's largest wine Expo. That experience sealed my appreciation of good wines.

Which wine varieties or styles are most often on your table?

I am a big fan of Pinot noir, but I also appreciate a good Gamay. My favorite French regions are Burgundy and Bordeaux. I enjoy some great South African Chenin Blanc as is or with a meal.

Do you have a favorite McBride Sisters Collection wine and food pairing?

The McBride Sisters Red Blend 2019 was delicious with a Senegalese rice, and beef with vegetable pilaf also known as Thiebou Yapp. The Sparkling Brut Rosé from New Zealand paired particularly well with my fonio and Chocolate Pudding.